As lockdown restrictions have eased, more electric vehicle drivers are using Scottish charging hubs than ever before. We have crunched the numbers and named the five most popular in April.

As demand increases for electric vehicle charging in Scotland, hubs are fast becoming a popular solution for organisations wanting to enable multiple electric vehicles to charge at the same time.

While there are many great sites on the ChargePlace Scotland network where members can access multiple rapid charging units (50kW or higher), for the purposes of this list, we have only considered sites where three or more 50kW units are available as charging hubs.

After reviewing utilisation data for the month, we have identified the most popular charging hubs on the Scottish public charging network – read on to find out how much electricity they provided, how often they were used, and learn which was the most popular in April 2021! 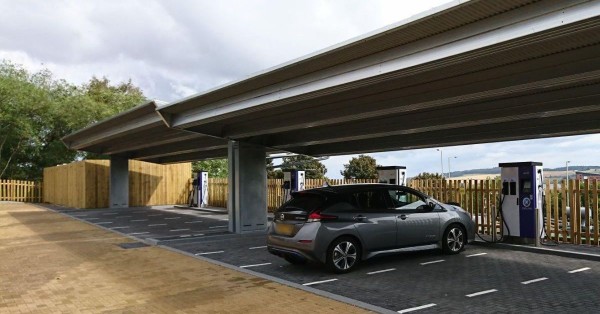 Open since July 2018, the site for the hub was previously a petrol station, which was redeveloped following the award of funding from the Office for Zero Emission Vehicles (OZEV), and includes solar canopies to generate power for this facility1.

This hub delivered over 24,000 charging sessions in its first year2, so it is amazing to see that it was used almost half as many times in the past month alone! 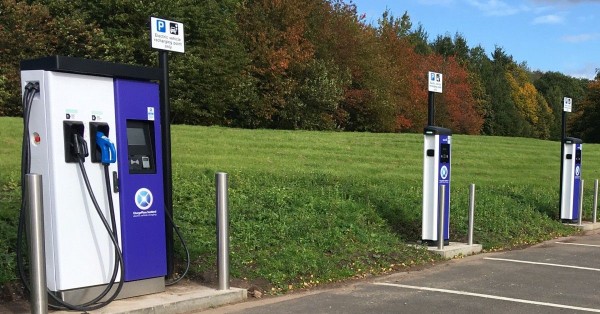 The 4th most popular charging hub in April was Strathclyde Park. Located at Strathclyde Country Park in Motherwell, this hub is made up of 3x 50kW units and 3x 22kW units.

Open since August 2020, this hub was delivered as part of Project PACE, which has been facilitated by North and South Lanarkshire Councils, in collaboration with Transport Scotland and SP Energy Networks in order to test a new approach to delivering EV charging infrastructure – with the aim of more than tripling available EV charging infrastructure across Lanarkshire3. 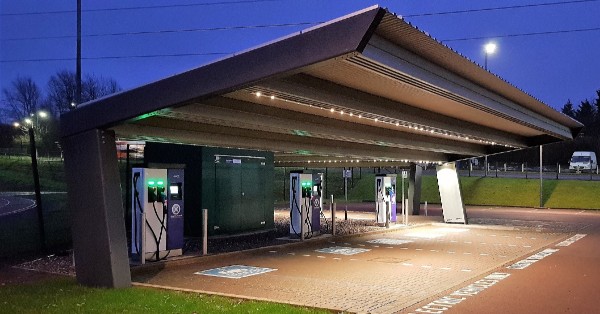 This charging hub was opened in January 2020, after East Ayrshire council was awarded funding as part of the Low Carbon Travel and Transport Challenge Fund established by Transport Scotland to enable everyday functional journeys to be taken by walking, cycling and public transport and to support an increasing proportion of ultra-low emission vehicles on Scotland’s roads4. 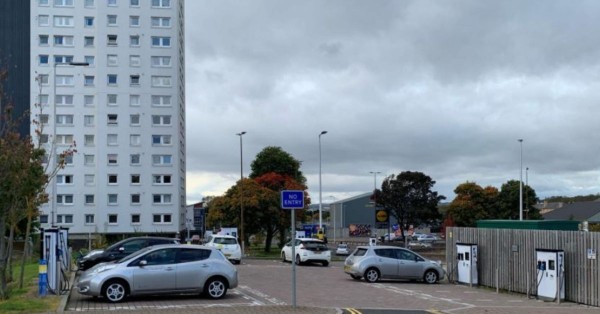 The 2nd most popular charging hub in April was the Lochee Street Charging Hub. Located at Aimer Square in Dundee, this hub is made up of 5x 50kW units and 4x 22kW units.

Open since April 2018, the Lochee Street Charging Hub is the longest-serving charging hub on the network, and was established after Dundee Council received funding from Transport Scotland and the Office for Zero Emission Vehicles (OZEV), Go Ultra Low cities project5. 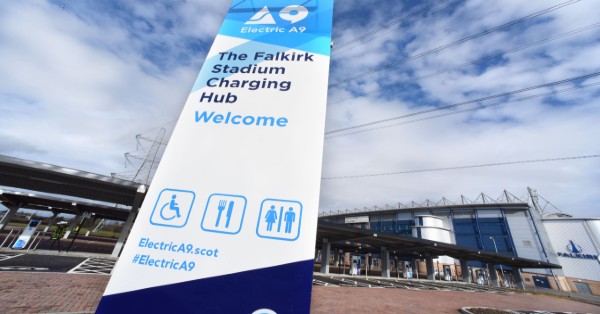 Coming in at 1st place, the most popular charging hub in April was the Falkirk Stadium Charging Hub. Located at Falkirk Stadium in Falkirk, this hub is made up of 5x 50kW units and 8x 22kW units.

The Falkirk Stadium Charging Hub has been open since March 2020, and generates over 30% of the required electricity to power the facility from its own solar canopy made up by 1272 panels covering an area of over 2,000sqm, saving 75 tonnes of carbon per year. It also has three designated bays for blue-badge holders and marks the beginning of the Electric A9, which will host a series of charging hubs across the longest road in Scotland, to build range confidence in driving electric6.

Get the latest network news!

Subscribe to our newsletter to stay up to date with the latest developments across the network. You can unsubscribe at any time.